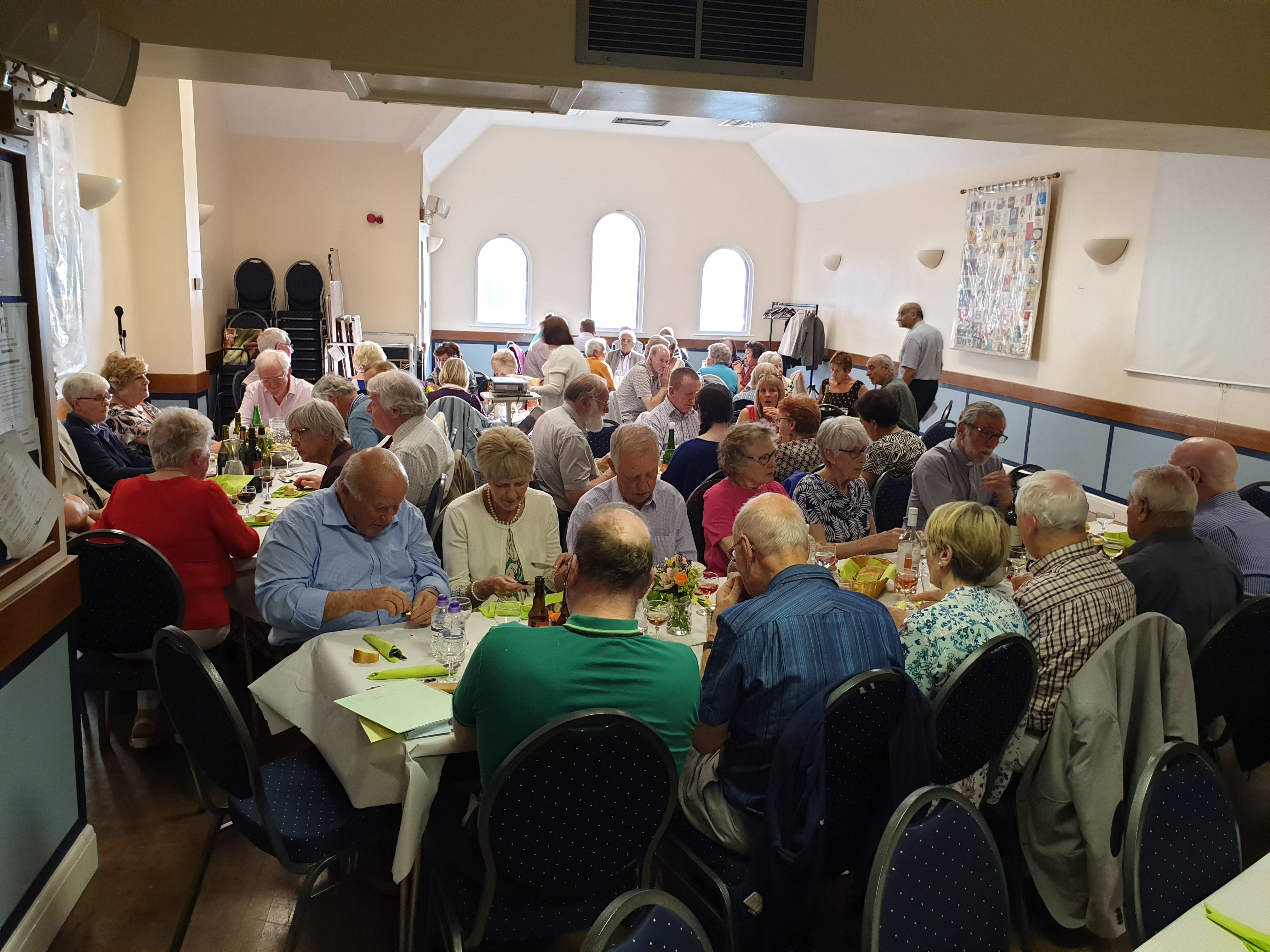 Firstly, people were treated to a delicious dinner of roast chicken or salmon with acoompanying vegetables and potatoes which had been rustled up in the tiny kitchen by a dedicated team of talented volunteers. The speed of service and level of organisation was truely impressive as was the quality of the meal. After a tasty choice of apple pie or chocolate cake, the gathering was treated to an extremely interesting and informative talk by Mr Frank Savage, former Govenor of the Caribeean island of Montserrat.

The historical links between Ireland and the island of Montserrat dating back to the time of colonisation were explained and how by a series of events, the countries had developed such a strong link with St Patrick being the patron saint and Erin appearing on the flag with a harp and crucifix. Mr Savage then went on to describe the island in the modern day when he took over as Govenor in the mid-90s as it was recovering from the effects of Hurricane Hugo and prospering from the popularity of Air Studios recording studios and investments from rich Americans. Then, suddenly disaster struck as the island’s volcano suddenly became active in 1995. Mr Savage described how he had overseen several evacuations and the eventual closing off of the whole southern half of the island. He now gives talks to secondary school Geography students who study the Monserrat volcano as part of their exam specification.

Overall, it was a very successful night with a profit of approximately £1150 made for the Charitable Fund. These funds were raised through ticket sales as well as a raffle and donations on the night. A huge thanks needs to be made to the organisers of the evening, especially the chefs Joan and Gerard Cole, Arthur Maxted, Teresa Haverty and of course our special guest Mr Frank Savage OBE.